The Boudha Stupa dominates the skyline; it's far one in all the largest stupas in the world. The influx of large populations of refugees from Tibet has seen the construction of over 50 gompas (Tibetan convent) round Boudha. As of 1979, Boudha Stupa is a UNESCO World Heritage Site. Along with Swayambhu, it's far one in all the most popular traveler sites within the Kathmandu area.

The Stupa is on the historical trade direction from Tibet which enters the Kathmandu Valley with the aid of the village of Sankhu inside the northeast corner, passes via Boudha Stupa to the ancient and smaller stupa of Chā-bahī named Charumati Stupa (often referred to as "Little Boudhanath"). It then turns without delay south, heading over the Bagmati River to Lalitpur – for that reason bypassing the main city of Kathmandu (which turned into a later foundation).[2] Tibetan merchants have rested and presented prayers here for plenty of centuries. When refugees entered Nepal from Tibet in the 1950s, many decided to live around Boudhanath. The Stupa is stated to entomb the remains of Kassapa Buddha. 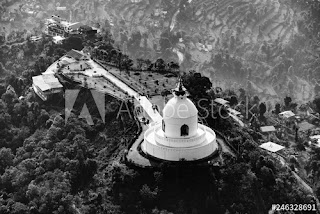